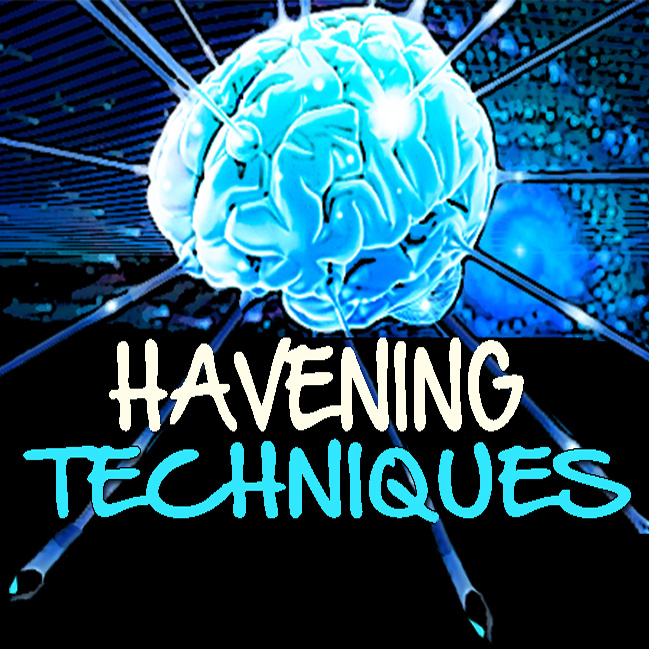 A new and revolutionary treatment called Self-Havening is designed to calm and center the nervous system after a stressful or traumatic event. The Havening Technique was developed by neuroscientist, Ronald Ruden.

Havening Technique (HT) is a psychosensory (the application of nonspecific sensory input to alter the mind and brain) method, which uses simple touch as the therapeutic transducer to effect change. HT is a new and revolutionary treatment that interacts with the human body differently from talk therapy and drugs, this treatment instead utilizes touch.

According to Psychology Today, "First is activation of the emotional content of the traumatic event imaginal recall ... A gentle and soothing touch is then applied to the upper arms, palms, and around the eyes. It produces an extrasensory response of safety that arises from the evolutionary equivalent of what a mother’s touch does at the time of birth. It is innately wired. Concurrently with havening touch the therapist distracts the individual. Since the mind cannot hold two thoughts simultaneously, the use of distraction displaces the recalled event from working memory and prevents it from re-activating the amygdala."

HT enters the brain and generates Delta brainwaves, very low frequency . How these waves interact in the mind/brain have everything to do with how the events that cause the distress are encoded., Havening deals directly with the subconscious where negative emotions, such as chronic anger, shame, fear, and guilt are stored. These encoded emotions are the forces involved in the production of disease, distress, helplessness and poor performance.

Practitioners of Havening Techniques considers that once the encoded event is discovered and treated effectively considers the individual to be cured. The term cured is not used in traditional talk therapy or in prescription drug usage.